A downloadable game for Windows and macOS

You are an unlucky man who's car gets overheated and stops near a campsite. You go deeper into the woods to find help but there is something else waiting for you. You have to fix your car and get away from here. But can you ?

This is the first game I've made using unity. So do expect some bugs here and there and let me know how did you feel playing the game and what can I improve more.

Thanks for checking out the game😊 Really appreciate it !

Can you upload a zip file?

You can download this file and open with winRAR or any extractor you like.  Zip files are bigger that's why I used rar format.

Contrary to what everyone else says, this game isn't good. I found the game overly generic and lackluster.

The game isn't scary. The only time I was kind of spooked was when it was evening, and you hear the breathing behind you. Unfortunately the game doesn't play on that theme, and instead drops the brightness to zero, and throws a cheap jump scare at you. That's not scary, it's just bland, generic, and been done to death at this point. And after that loads of zombies are thrown at you, but they're slow and easy to dodge. To be fair, I don't think upping their difficulty would make it fun or appealing gameplay, it would just add to the tedium.

The controls are horrible, absolutely the worst part of this game in my opinion. WASD movement is floaty and feels bad. Your press W and move forward, when you let go you still move forward for a brief amount of time. Additionally, the the mouse movement stutters and lags around. I don't know if it's by choice, a bug, or an optimization issue, but it severely impacted my ability to play the game. And the cherry on top of all this, and this one I'm assuming is a bug, is that the mouse will sometimes randomly put you in a different direction than you're panning towards. Making it really hard to navigate and get your bearings. This trifecta of poor controls made it so difficult to play I gave up. I could 100% beat this game, but I'm not interested in fighting horrible controls to do that.

Something I did like at first is the options menu, for whatever reason a lot of indie games don't include one, but you did and I liked that. Until I realized it didn't save my settings, so I had to redo them each time I launched the game. The in-game pause menu is even worse though, because it plays an obnoxiously loud sound. Why? I don't know why you would do that. That is really bad.

I hope my criticism is met with enthusiasm to improve your game. I'm not being harsh for the sake of being harsh, I know this is your first game in Unity, and that it took 15 days to make. But, I feel like I'd being doing you a disservice if I lied and said this was good.

I agree to all of your points and I really appreciate your honesty. I know this game is not good and it lacks all kind of definition for good horror. The controls are also bad and I wasn't able to get the satisfaction of players. But unfortunately this is all I can do with my current knowledge. I'm still learning new stuffs and I really hope I can share some good games in future.

Again , thank you for being honest. This will surely boost my motivation for giving the best effort in making games.😊

I saw this game review at 333download and I thouth they're over-reacting. But after I played it AT NIGHT, OMG, it was realy scary! :D

hey I was just wondering how long did it take you to make this game? I currently have an assignment I gotta make a game but I haven’t used unity before. Some pointers or things you used to help would be great

So it took about 15 days. This game was pretty simple to be honest. So if you are just starting then I would say don’t be too much ambitious start with something simple.I think you should really focus on the mechanics first, thats what I failed at. And post processing is a must I would say as they make a huge impact on how your game looks.  I would highly recommend making a to do list. This would save a lot of time and keep you on track.Also have someone else to play-test your game rather than yourself.

Do understand I’m a beginner too and these are just my opinions.  And best of luck 😊

this was a good game

Thanks for playing the game😊 Glad you enjoyed that😊

Thanks for checking it out😊

This game was pretty scary, I did run in to a bug that turned me around a lot though.

Thanks for checking out the game😊

So I don’t think other players had issues with the mouse movement. I think it’s the lag coz I did a bad job optimising the graphics performance. Lowering the graphics should do the job.

Gave this game a crack expecting to finish it but ended up rage quitting. The overall experience was enjoyable but the end really got me. The initial jump scare nearly made me poop my pants though so awesome job! I think a few changes to the game mechanics will make this an awesome game!

I think i'll remove the back and forth bit. That's actually annoying and i'll work on the zombie chasing part. A lot of people are having frustration issues so I think i'll make some changes and publish an update very soon.

Anyway,  Thank so much for playing the game and making a video about it 😊 It really puts a huge smile on my face so thank you😊

Thanks for making the game mate, I can appreciate that a lot of effort went into this and a few changes to the game mechanics will surely make this a great game.

This game was very frustrating at times. Flightlight attracted the zombies way to easily. Had to turn up brightness on monitor instead. Wish you could kill the zombies too. Other then those complaints I did have a good time playing the game. Almost had some rage moments lol

Yeah I might have made it a bit too much frustrating😅 I’m new to this so I couldn’t refine the mechanics.

Thank you for playing though😊 Means a lot

It shouldn’t be that long. Less than 30min perhaps.

so the way I understood it is that this is a reimagining is a game that came out awhile ago? I may be wrong but either way this was a lot of fun! By far the best game in my entire video! It is game #2, come check it out!

Thank you for playing the game 😊

I actually didn't had any inspiration from any other game while making it. Maybe the atmosphere and the mechanics are very common thats why it feels like other games. So yeah, thnx again for checking it out. It really means a lot 😊

I love the concept, it was classic old school horror but I feel like some of the mechanics could do with being a little tighter, the zombies are WAAY to unforgiving at the moment which makes it insanely hard!!

(This is the fourth game on the video)

Thank you for playing the game 😊Means a lot to me.

Sorry for the troubles. I'm very new to game dev.

That's honestly not a problem at all, considering you're new to game dev this was really good, all it needs is a few tweaks!

hi, big thx for the game. greetings from rosti

Thank you so much for playing😊

Cool game, but with some post processing I think the game would look even better :)

Thanks for the feedback 😊 I'll work on it 😊

hey I edited and uploaded my video on your game if you wanna see anyway. some tips about it in the video I think aswell

Thank you :) you are the only one who posted a finished game play so thank you very much for sticking with this game.

I'm working on the update and i'll definitly add a volume option and some other thing you said. Thank you for the feedback 😊

hey no worries man it was a good game keep at it and you will make something spectacular with everything you learn. Keep me updated and I will do some update videos to support you 👍

Thanks you so much 😊❤

Again, really cool game I've made some comments a long the way :)

Thank you for playing the game. Sorry for the bugs. I'm very new to game dev. But i'm working on update. I really appreciate your feedback. Thanks a lot :)

Thank you so much for playing😊 it’s a great feeling watching someone playing a game you made..

good game I've recorded a video for it so that will be up maybe in the next few days. some suggestions maybe add a volume control would be amazing since the volume was loud for the recording had to adjust some settings to work on that. also I noticed the zombies couldn't be killed with the gun could be something to work on. the torch idea that they are attracted to light is great although sometimes it gets buggy so they chase you forever. the game was great for your first time keep at it

Thanks for playing. It means a lot..

The Zombies can not be killed. Shoot them twice to make them idle for some times. That was the idea..but if this makes it harder then I can surely make some improvements.

I will try to fix the chasing forever bug and add a volume controller. Thank you for your feedback :)

And do send me a link to your video :)

Second this. Good game, loads of potential, the Zombies are a big glitchy/buggy. I'll upload a video for it tomorrow :)

Okay, i’ll look into that. 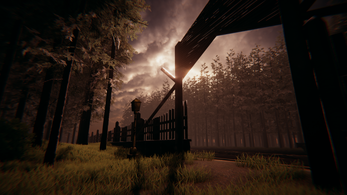 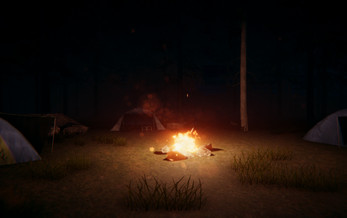 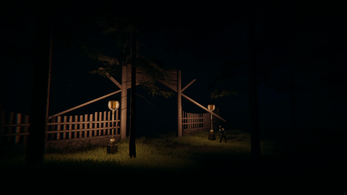